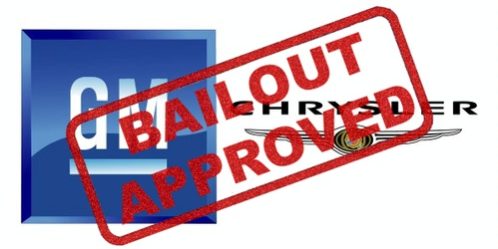 “A brand new car!!” It’s a familiar refrain on game shows. New is better, brand new is best, and brand new cars are the greatest. But has anyone checked GM’s numbers lately? Until  recently, their stock was circling the drain, having dropped from $35 to about $20 dollars a share, but buoyed by the company’s most recent “greatest quarter in the company’s history”, they’re now everyone’s darling with a stock price of $25.

It doesn’t take much to captivate the greedy investors of Wall Street. And in a continuing but fruitless effort to prop up their antiquated business model, GM has turned to a tried and true method for appearing actually alive. It’s called channel stuffing.

Channel stuffing is a process used by the auto manufacturers to create the impression that business is actually better than it is. Cars are sent to the dealer with no regard for actual demand. They just show up, meaning – it’s gone, it’s sold, it’s off the manufacturer’s books. The cars aren’t actually sold yet to a consumer, they will sit on a dealer’s lot for a long, long time, but for appearances sake, and as far as the auto MAKER is concerned, they are sold.

By pushing cars on to dealers’ lots (regardless of demand) and forcing dealers to contractually accept these unwanted vehicles, the manufacturers can jiggle the numbers to give the false impression that business is continuing to improve.

Channel-stuffing by the Big Three is simply the process by which they engage in the same deception that drove the savings and loan fraud of the 80s, the dot-com era fraud of the 90s, the housing and mortgage fraud of the 2000s, and the current bank fraudsters of the 10s. It’s not a new phenomenon, this channel stuffing. Give the impression to investors that things are better than they are, take your options as a reward and long term effects be damned. Who cares? I got mine. Screw you and yours. I’m set for life. And nevermind how it affects our country and its citizens. It’s been happening for decades. It’s greed in its most repugnant form.

But this quarter, it’s happened at an unprecedented level. And it’s ensuring that the charade of GM’s “return to profitability”  continues…but truthfully, GM hasn’t been a viable car company for decades, as evidenced by their complete destruction following the interruption of their credit in 2008. Ford didn’t crash, they survived on their own. But GM was near death and now they’re back – allegedly. Stay tuned.

Just one more reason to have gold in your portfolio. Gold can’t be channel stuffed.